Excerpt: The Lonely Planet Mandarin Phrasebook & Dictionary sticks out of my back pocket. Pin Yin has been decoded during a few language classes, and some survival vocab arms me with the essentials. Time to put it all to use.

All my aspirations of being a language prodigy disappear the same time I ask a mall worker where the bathroom is and get a confused shake of the head in return. Bathroom, or as they usually say in China cesuo, toilet, is a very useful word to know. And I have to find one, fast.

Finally, when all hope seems gone, I cave and go with a term I’ve recently heard. “W.C.?” I ask in English. He points me in the right direction.

Round two. I’m in a restaurant that has a menu with pictures. Point and say, “Wo yao zhe ge,” and things are looking good. Chinese isn’t so hard. I got this! But I don’t want the hot water that everyone else in China drinks. I want cold water. “Bing shui,” I order.

Blank stare in return. Okay, my tones are wrong. Once more with different inflections. The waitress is looking at me like I’m requesting that the chef sprinkle salt on his leg before he cuts it off and serves it. Again, I give in and resort to gestures. I make fists and hold them up while shaking like I’ve somehow found myself magically outside in the middle of winter without a jacket. “Ah! Bing shui!” she exclaims, nodding as if that’s not what I’ve been saying for two minutes straight.

Read the whole thing at: 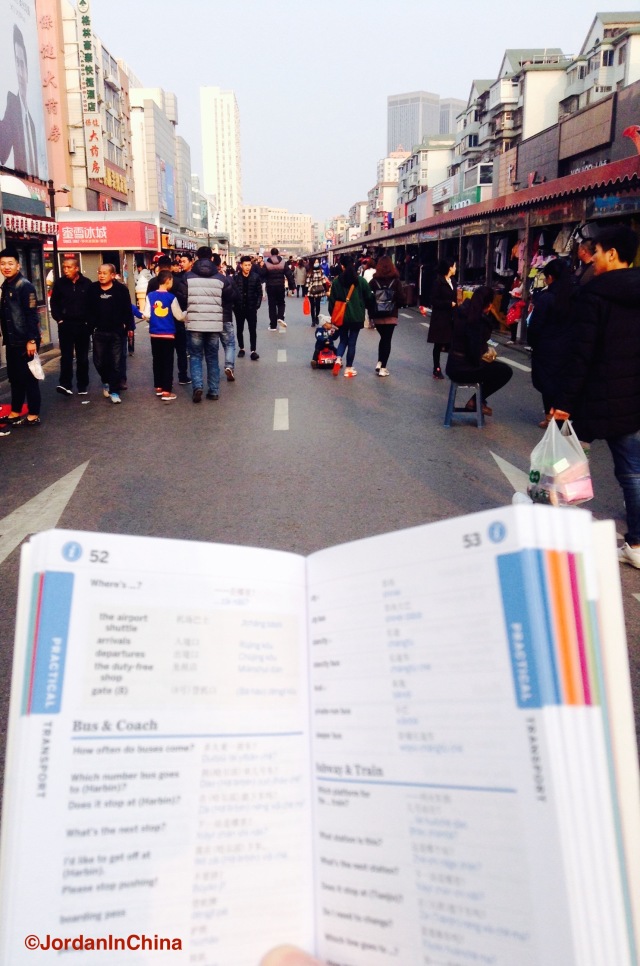 After reading an article that claimed John Cena (WWE Wrestler) was a proficient Mandarin speaker, I had to find proof. And so I did. I saw that interview with Mark Zuckerburg where he did his Q&A in Mandarin. I’ve even heard one-time Presidential Candidate Jon Huntsman speaking Mandarin. Apparently at some point in the recent past people up and started studying China’s official language like it was the crazy aunt’s dish she brought to a cookout that everyone swore they’d never try, but then did and loved it despite the strange smells and occasional indigestion. Too much? Anyway…

Whenever I hear someone who isn’t Chinese speaking Mandarin I immediately want to know their story. Why’d they study it? How and where did they learn? What tricks could they recommend for learning new vocabulary? Just picking it up is a pretty unrealistic sentiment when it comes to Mandarin, at least if you want to move beyond Survival Chinese, so to study means to put in serious man hours (are we saying people hours? Person hours?). When I hear non-Chinese people speaking Mandarin I also think of my first days learning it. 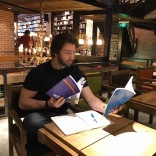 Probably not the best way to study… 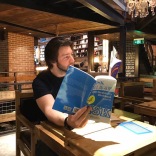 Probably Not the Best Way to Study…

Jayland Learning – the school that brought me to China – offered two one-hour classes a week. Every month one of the Chinese staff members taught the class, and this rotating teacher system created interesting incidents during lunch and dinner time. Mian Zi, or reputation, is highly regarded in Chinese culture, and even though there are about a million cultural gems that people pick and choose to follow in modern China, the influence and consideration of Mian Zi is one of the constants. There are all sorts of little intricacies to wielding and applying Mian Zi and I’m sure I still don’t know it all, but I do know a few things.

Make Your Teacher Look Good is one of the first tenets. So after about a week or two of classes the rest of the staff got it into their heads that starting a tradition of quizzing the lao wai would be in everyone’s best interest. From around the long wooden table questions in Mandarin flew toward me – Ni chi fan le ma? Ni dui zhongguo shenghuo xiguan ma? Zhe shi shenme (asked by pointing at random stuff)? Women de xuexiao you ji ge zhongjiaoshi? Waimian de tianqi zenmeyang? I could answer some, but not all. Getting one right brought a smile to my teacher’s face; wrong meant they sat a bit lower in their chair and got razzed a bit for their student’s mediocre performance.

Trying to simultaneously endear myself to my teacher and progress with my language study, I began translating super short stories and parables into Mandarin in order to recite them around the table. It was a big hit. Not only did the move literally get applause from time to time, my teachers quickly began to swell with pride. Even the school’s Ayi, a woman we all called Da Jie – big sister – took an interest in my story-telling. One short parable in particular made an impression. It was about a Dog who almost convinces a Wolf to give up his wild life to live with him and his master. The Wolf nearly goes for it until he realizes that to get the free food and shelter he’d have to give up his freedom and wear a leash. More than a month after I told it the first time, I heard Da Jie quoting the last line: “I’d rather die skinny and free than live fat and a slave.”

Notebooks full of words and grammar structures I’ve more or less forgotten and relearned over the years are stacked on my bookshelves. About a dozen titles like HSK Vocabulary Workbook, Graded Chinese Reader 1000 Words, and Modern Mandarin Chinese Grammar: A Practical Guide accompany the notebooks and suggest to anyone who ganders at them that I am completely fluent. I am not.

But I would consider myself a bilingual. Most would consider the term Bilingual to mean complete fluency in an additional language, but apparently there is a continuum. The field of study focused on Second or Additional Language Acquisition and Bilingualism has all sorts of words like additive and subtractive, coordinate, passive, balanced, and about a half dozen others to categorize those who use more than one language throughout their life. A big part of me – maybe the part that will push me to pursue a PhD in that area? – is fascinated by the different ways to analyze the role language plays in the lives of people, but another part of me just wants to be able to get a point across to my in-laws without them turning to my wife and asking “Ta shuo sha?” What did he say?

Living abroad, it’s no surprise that most of the people I talk with and work with speak more than one language. Spanish, German, Italian, Japanese, Tagalog, Dutch, Romanian, Korean, Mandarin, French – words from all of these languages crisscross and intertwine with English daily, and I love it. Maybe one day I’ll get to that stage some call Balanced Bilingualism, but until then I’ll just keep plugging away.

What language(s) do you speak? How and why’d you study?